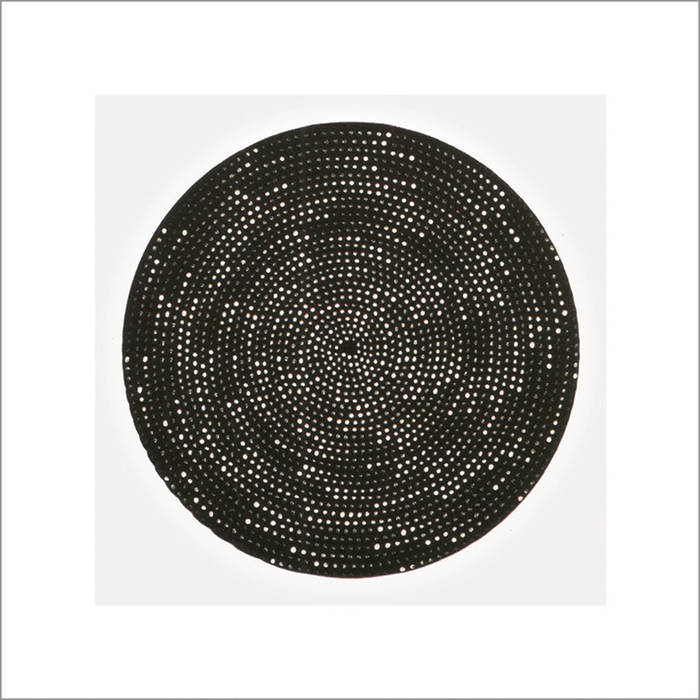 NNA is thrilled to bring you “Hubble Eagle”, the latest full-length from Ben Greenberg’s Hubble project. Having cut his teeth in numerous bands such as Pygmy Shrews, Zs, and most recently with The Men, Greenberg has been fostering and cultivating his own unique reexamination of the the guitar as an instrument, resulting in a minimalist and truly psychedelic whirlwind of notes, first displayed on his debut release “Hubble Linger” on NNA in 2011. Since then, the Hubble sound has matured and expanded, taking in new ideas and influences while still retaining the rock and roll hypnotism of it’s “one man and his guitar” rawness. On “Hubble Eagle” we hear Greenberg launching his guitar mantra even further into uncharted territory. Opening with the side-long “A Star Or Two Beside”, Hubble trades in his trusted electric and opts for acoustic guitar, which when subjected to Greenberg’s turbulent tapping chops, yields incredible and unexpected sonic results. Complex percussive patterns begin to emerge, creating a raw rhythmic backbone for a constantly shifting vortex of overtones and harmonic weavings. These dulcimer-like pluckings ping-pong back and forth across a vast stereo field, creating a whirlwind effect that sweeps over the listener like river rapids; bubbling, rushing, chaotic, and endlessly flowing. After some immersion, the barrage of notes can start to feel automated or even electronic, until brief pauses and subtle flourishes break the hypnotic spell, reminding the listener of the human nature of this music. Side B opens with the breaking of more new ground on the track “A Long Way From Home” originally by The Kinks, Hubble’s first cover song. Inspired by Greenberg’s rigorous touring schedule on the open road, Hubble meditates on the feelings of isolation and melancholy set forth in the original song. By deconstructing the riffs and rebuilding them in the Hubble framework, the track turns into an electro-acoustic hybrid that is entirely new in sound, employing alternate tunings and adding vocals for the first time in the project’s history. The result opens new harmonic gateways for the notes to flow through a psych-rock atmosphere. Closing off with the title track “Hubble Eagle”, Hubble is in it’s truest form with a powerful electric guitar exercise. The playing is mechanical in its relentless repetition, creating guitar fractals that seem to crystallize around themselves like the formation of a galaxy. Rock riffs are contemplated, exposed, and ripped to shreds by Greenberg’s signature three-finger tapping technique, drawing upon raw bluesy or even gritty Americana-like tonality. The sound becomes so full-spectrum that it creates audio hallucinations, causing one to hear perhaps organ, voice, or synth… before breaking back into the reality that it is has been the sound of solo guitar all along. Greenberg successfully reminds us of the importance of hand-played music and the human touch in a time when electronics and circuitry along seem to prevail. Enhanced by the record’s flow from acoustic into electric sound, the result of “Hubble Eagle” is a truly unique modern guitar album.